A bunch of my siblings met up for the weekend in Seattle for the BYU vs. UW football game. It was fun to go in such a big group. It was an exciting and close game. BYU won 28-27. UW almost tied it up with seconds left in the game, but luckily they were unsuccessful. GO BYU!
Here is part of our entourage before the game in Scott's front yard. 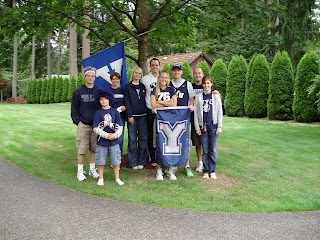 Brady and Blake on the bus. These two are identical, but as you can see Brady(right) got all the brains. 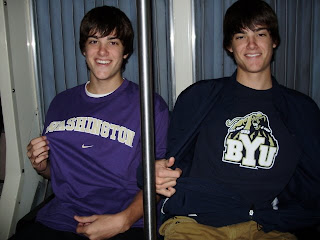 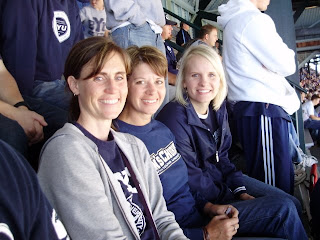 The Bullock Gang. The group includes my brothers (Scott, Dave, John, Mark), my brother-in-law (Bruce), my sister-in-laws (Keri, Amelia, Emily), my nephews (Jake, Brady, Blake), Jason and I. Missing from the Bullock clan get together: my parents, my sisters (Lori, Kelly), brother -in-law (Derek), my sister-in-law (Suzi) and the rest of the wild grandchildren. 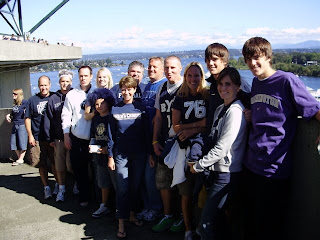 Walking through all the UW fans to get to the game. Go Cougars! 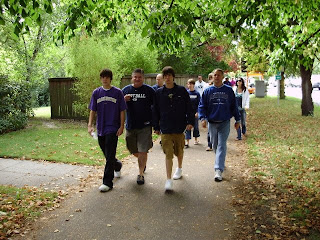 Jason was so excited to FINALLY pull this flag out and wave it proudly at the game. Too bad it got confiscated before entering the stadium. I guess they were worried that he might get rowdy with the flag pole and use it as a weapon when fighting with the UW fans. 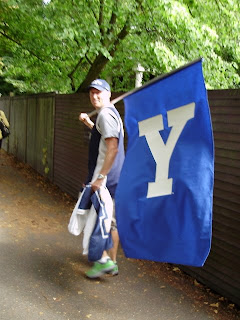 View from our seats at Husky Stadium 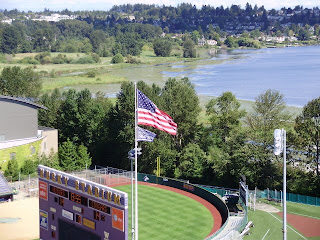 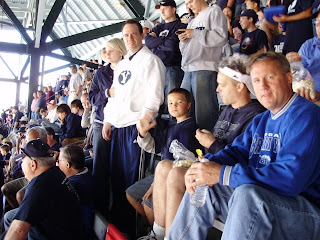 My kids had a great time playing with the Lewis' while we were at the game. If you want to check out what they did during the game, visit http://jakeandvickilewis.blogspot.com/.
They also had the best time getting to know their cousins. They played all weekend with
Trey (3), Warren (1), Kelly (4), Jake (9), Owen (1), Jamie (19), Kacie (15), Brady & Blake (15). We swam in the lake, rode bikes, raced in Lightning McQueen, played b-ball, went on walks, played in the sand, threw rocks in the lake, canoed, jumped on the water trampoline, relaxed, watched lots of football on TV, went out to dinner, and ate lots of food-including Kacie's out-of-this-world chocolate/butterscotch cookies & shaved ice!

Madison's favorite part of the weekend was her makeover. Jamie was so nice and gave Madison a makeover and a photoshoot. I swear the makeover transformed Madison into a 16 year old. It was freaking me out how old she looked and how old she suddenly acted!

Here are the photos, doesn't she look pretty? Trey wanted a part of the action. Look how cute he is copying her as she poses for Jamie! 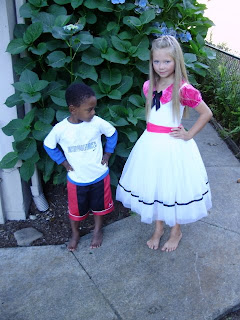 Trey and Brody. Brody hasn't stopped talking about Trey since we got home. He and Trey rode bikes, raced up and down the driveway in Lightning McQueen, played with cars and played basketball. Trey is amazingly good at basketball - Brody had fun catching basketball fever from him. 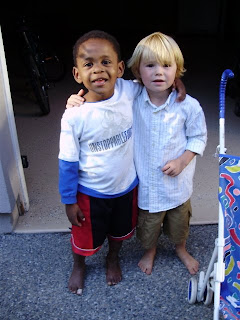 More beauty shots. Here is Madison and Kelly. Kelly had a makeover, too. 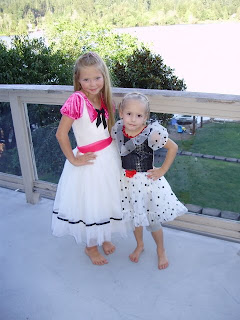 Madison requested this pose. Isn't that funny? Jamie is good at this. I told her she should be a photographer. 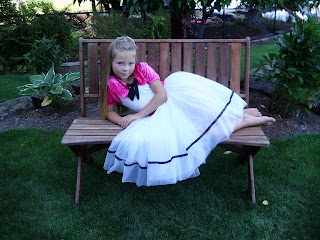 This is my favorite. I love the bare feet and the skirt. She looks so sweet. 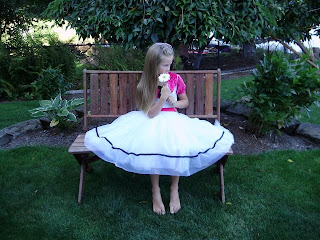 Thanks, Jamie! You made her day. She keeps begging me to make Jamie her big sister! 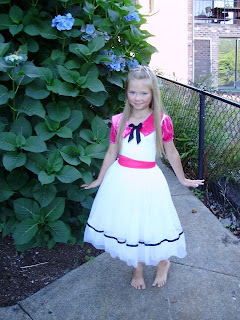 Awesome!!! I'm SO jealous that you guys got to go the game! ME? I got to stay up late into the night here in Croatia listening to the game on-line. Hope you had a great time!
Kurt