We finally got around to having Madison's 8th birthday party.
Over a month late, but better late than never!
It was an ALL s party...no BOYS allowed. Jason, Warwick and Brody were banned from the house...while Madison, 8 of her friends and I had a party!
Here's what they did:
They decorated gingerbread houses while snacking on party food. 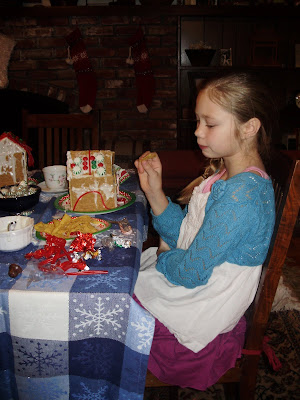 They were wild & crazy and squealed like only 8 year old s can! 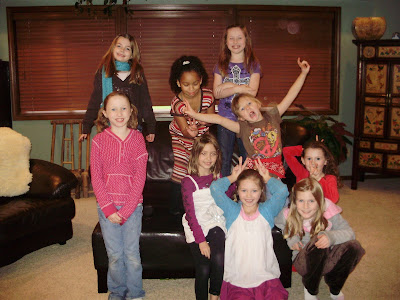 They played games.
Such as making candy canes behind their backs with pipe cleaner... 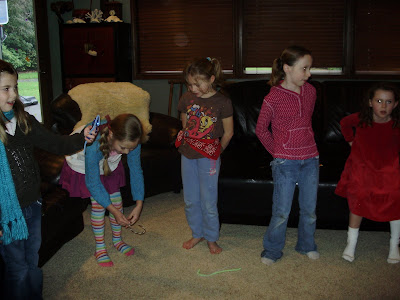 ...and the squirt bottle game (which was definitely the party favorite)... 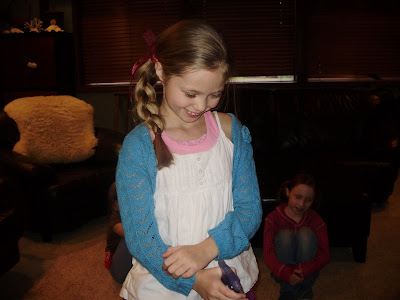 ...and they did a white elephant exchange...which was fun because Madison and I picked out all the presents, so they were a surprise to everyone. 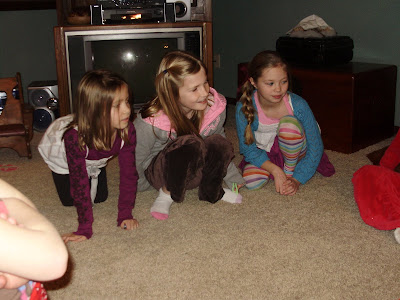 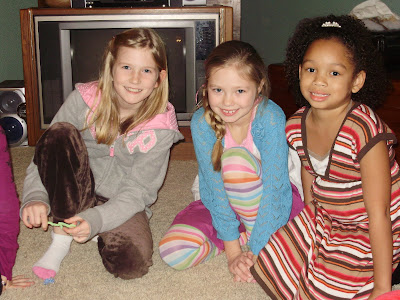 They opened Madison's birthday presents. I think Madison's friends know her well because she got lots and lots of art stuff. My favorite part was all the handmade cards the little s drew. Very cute. 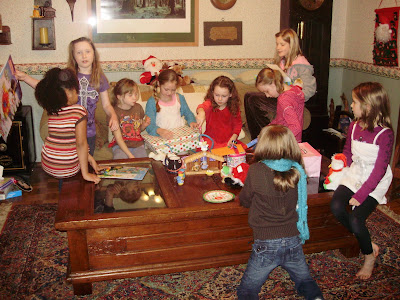 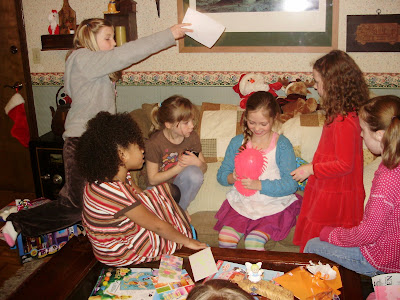 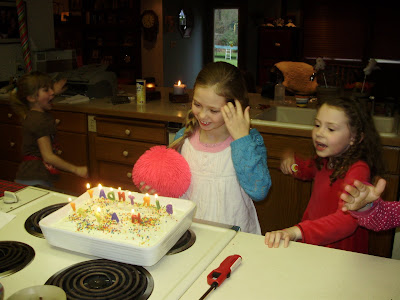 And here are the cute boys that were banned from the birthday party. Don't they look sweet? Don't let them fool you. These two are trouble. 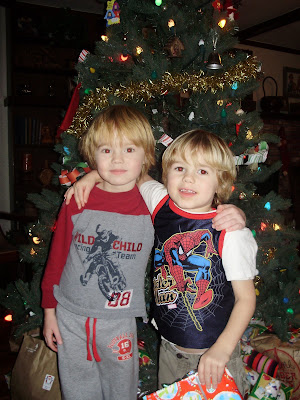 They both got their Cuzin' Christmas Gift in the mail this week and have been carrying them around non-stop. They were so pumped to have gotten something in the mail from their cousins. Somehow, Warwick has figured out how to make his present play music through the wrapping paper. It has provided hours of entertainment for him. And Brody LOVES to replay over and over his singing card from Mckenzi. Who knew they would love wrapped presents so much?? 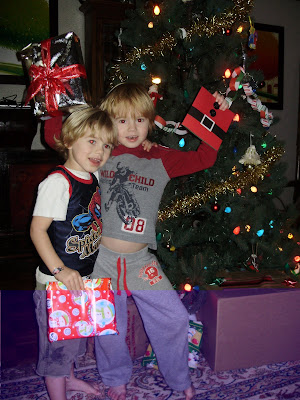 And, lastly, here we are all dressed up for our ward Christmas party. Do we look like we would fit in the city of Bethlehem? 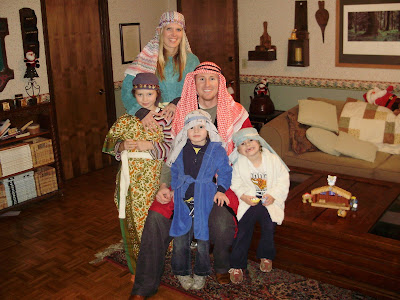 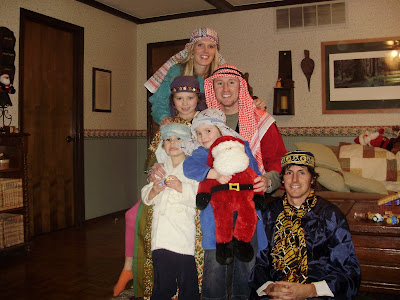